So I thought that by having a baby that my summer was going to be SO boring.  My plan was to sit at home and pretty much raise a kid.  I actually worried about how I might go insane being stuck inside all day.  This summer has been the complete opposite!

As I was going through all of my pictures, I have realized that this summer is a whole bunch of shenanigans all rolled up into one! I am safe to say that this has been one of the busiest summers of my life!

We were busy getting all these road trips together.  Mike competed in the Boulder Half Ironman in August up in Colorado! I love this pic of him coming in at the end of the bike ride! 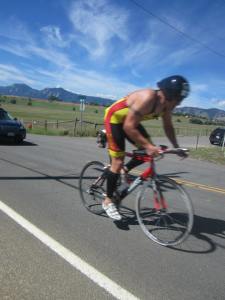 We had many get togethers with the Barrows over the summer!  I was able to see all ten Barrow kids this summer at some point in time.  We had to have our Si Senor trips!

Mike’s youngest brother Jared was married in the Gila Valley temple at the beginning of August.  It was our first trip with the baby and the dog.  (We had to give Barney a sedative to be calm on the ride and he got to hang out in the chapel while we hosted a luncheon after the wedding.)

Olivia’s been trying out new toys and getting so big!  I can’t keep up with her! It’s been fun trying them out in between our many daily trips running errands around town. 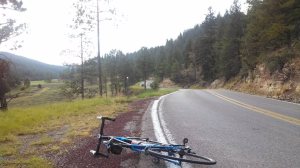 We’ve made many car trips with the baby or dog or both of them.  Olivia traveled to California, Colorado, Arizona, and Nevada!! She is a travelling fool!

We went to San Diego in July to hang out with the family and continue the tradition Mike and I have kept to go there for the last three years! 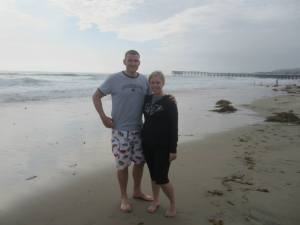 We took our first flight to Las Vegas at the end of August to see the family before my mom took off to move to Salt Lake City.

Mike and I were able to eat at Wahoo’s in California and Colorado.  I love how they are popping up everywhere! 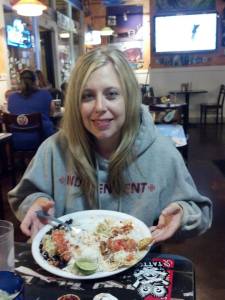 We’ve been riding out on the Dona Ana’s every Tuesday night.  Mike and I are obsessed with using Strava.  I love to see my improvement when it comes to riding and running! 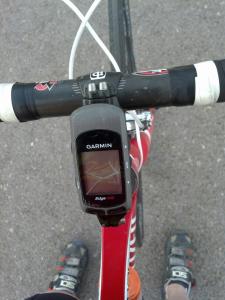 Stephanie and I had our weekly walks on the Triviz Path.  So sad I am not working with her this year, but so glad that I have her to hang out with!

I was called to work with the young women in my ward and have had a blast! In June, I went up to Cloudcroft for the day and spent the time with them at Youth Conference.  I was in charge of playing games with them and making sure everyone got up there okay..it was nice to go up to the mountains! 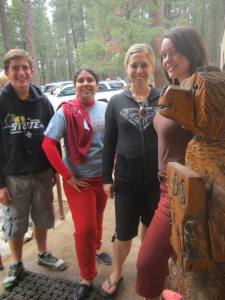 The summer is coming to an end, but Mike and I can look back and think about how awesome it was to stay so busy! We love summer!