Well..things have been a little crazy around here lately when it comes to Mike’s health.  In the last few months, Mike started to get some crazy symptoms with his MS (phantom smells, numbness on left side, shakiness of the left side) and it got to the point where he had to do a steroid treatment for the third time now in September.  Rewind to the last MS attack about a year and half ago, Mike ended up switching from Copaxone to Techfidera in hopes that this wouldn’t happen again or at least slow the symptoms down, but it happened again. 😦

There is some hope though.  Mike was on the message boards for the National MS Society (in the forums) when he was preparing for his Bike MS race in Albuquerque and reading a bunch of links and articles people were sharing. There were several articles on stem cell transplants, in which they pretty much take out your old immune system and replace it with a new one using chemotherapy (and of course stem cells).  Since MS is an immune deficiency, this seems pretty hopeful.  It’s such a new study that it hasn’t been accepted across the United States yet, but some doctors have been taking on this study.  Mike examined this method a little bit more online and came across Northwestern University in Chicago, the only place in the United States attempting this treatment at this time. 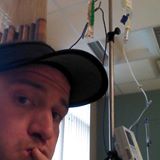 So we applied for it.  And…we got a phone call about three weeks ago from the nurse saying that they are interested in evaluating Mike.  I feel like this is definitely a hopeful thing because I have understood people have been rejected from their first application.  I understand right now after sending them his MRI results along with all of our insurance and health information, that they should be contacting him soon to set up the appointment.

Fingers crossed. And waiting. One day at a time. 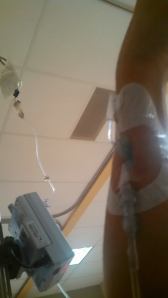 Here are a list of websites about this procedure.  I will keep you posted on any news from Northwestern.  It is crazy to think that a year from now things could be VERY different.

Thank you for all of the support!

1 thought on “One Day At A Time…Living With MS.”