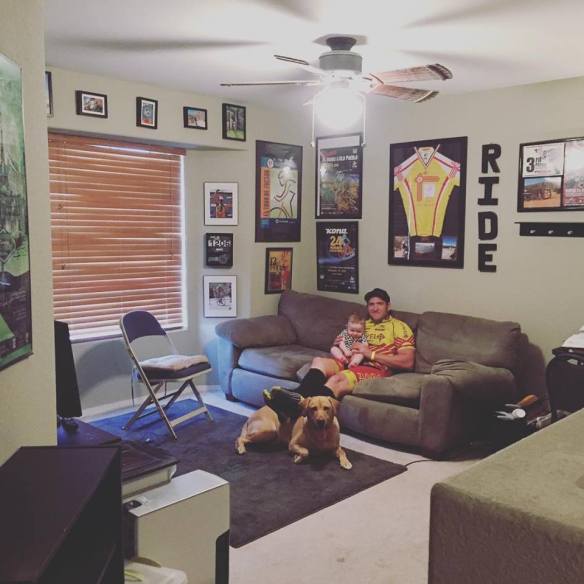 Stats: He doesn’t have a doctor’s appointment this month, so I am going to totally guess and say 18 pounds and 26 inches based on his last visit.

Favorites: He is the most pleasant right when he wakes up in the morning (definitely a morning baby). He loves fruits and loves to munch on puff cereal.  He is really into banging things together and loves to splash in the bathtub! (I feel like I am in the splash zone at Sea World.)  He loves his blanket and rubs it on his face all of the time.  He isn’t as dependent on his pacifier as he is the blanket, which makes it hard when I have to wash it.  He loves to cuddle and be held.

Lifesavers for Mom and Dad: Now that he has started to sit up on his own, it is a whole new world of play for him, which is nice.  He likes to play with Lego Duplo blocks and a small drum toy.  He loves his teething rings and chews on it all day. He is great at night sleeping!

Things He Hates:  When I take too long to get his food ready.  When it’s way past his bed time.  I honestly am having a hard time thinking of stuff because he is such a pleasant baby! 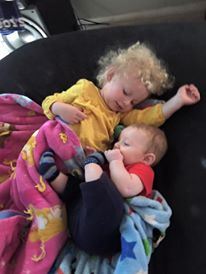 Facts: Two bottom teeth.  Sitting up on his own.  Banging and splashing things. Smiling all the time.  Babbles a lot in the evening.  Loves to look at Barney and ADORES his sister. Loves to look at books.  He loves to play with blocks a lot and is interested in what Olivia does.  Loves to be held by anyone.  Loves to sit in his car seat. Has a great sense of humor.

Sleep Habits:  He does great at night but doesn’t like to nap during the day. I put him down between 7 and 8 and he will sleep until 5.  I will feed him and then he goes back to sleep until 8.  I don’t count on this happening for the rest of his life so I am soaking it in right now.  I really want to train him to nap when Olivia naps, so my life could be easier, but I can’t complain!

Doctors Visits:  Not until 9 months. Hopefully we don’t get a sick baby! 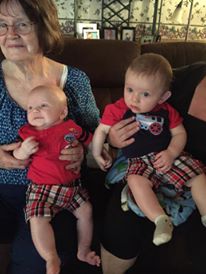 Milestones: Sitting up for a really long time without falling, communication food and sleep, kicking and army crawling

Looking Forward To: For him to stand up!